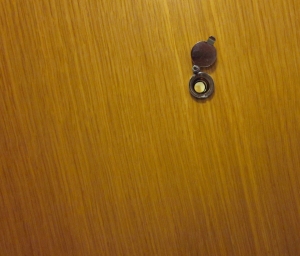 My doctor thinks keeping some kind of log will help with my insomnia, so what the hell. Last night I didn’t fall asleep until 4am. I had to wake up at 6am. Just like every other day. You can see the problem here. This is my life.

I realize it’s too late to switch to the manlier sounding ‘Dear Journal’ but I will stick with it. The doctor recommended I get some kind of ambient or white noise sound to play when I’m trying to sleep. I tried to see if I could get static to come through on my TV, but I guess since they switched over to digital or whatever it doesn’t really come up anymore. I was able to find a sound machine at Walgreens that does the whole ‘thunderstorm in the jungle’ thing. I tried it out, and although I still wasn’t able to fall asleep until 2am, it was a bit of progress.

I had to wake up at 6 again, but at least tomorrow is the weekend and I can sleep in a bit.

I tried some sleeping pills to go along with the sound machine. It helped, but I woke up feeling more tired than usual. Not sure if I should keep using them or not, but I’ll try it again just to see what happens.

Woke up to the sound of my neighbor blasting country music while working on his yard. What kind of asshole blasts Kenny Chesney at 7am on a Saturday? My sound machine was off; it looks like I somehow unplugged it in my sleep. I’m going to try and keep it on my desk instead of my nightstand tonight.

Didn’t sleep at all last night. I’m so tired I’m starting to see things dart around out of the corner of my eyes. One time, back in college I pulled an all-nighter and was convinced I was being haunted, since every time I looked up from my text book a shadow seemed to dart in and out of view. Getting a bit of Déjà vu now.

I tried getting up to go to the bathroom and heard something moving near the front door of my apartment. The noise kept getting louder, and it sounded like the noise that really nice crystal wine glasses make when you run your finger around the edge. I grabbed the flashlight next to my bed and tried to sneak through the hallway to see what was going on. The flashlight is one of those big metal clubs like the cops use, where it’s meant to beat people with first, and then occasionally light up a room.

Anyways, I snuck into the front room and hit the light switch, and but found absolutely nothing. I checked the locks on the door and made sure there was no monster in the front closet, hit the bathroom and went back to lie down. When I turned off the light in the living room, for a split second I saw one of those shadows dart across the mirror. Tonight I’m going to have to take a double dose of those sleeping pills.

The sleeping pills definitely helped! I actually slept like a rock for 8 hours. I still feel like shit, but definitely better than the other nights. I was worried I’d need to call off work today if I didn’t sleep at all, but I’m actually awake with enough time to write this entry before showering and going to work. My boss will be surprised I finally broke my run of late starts.

I’m not sure what’s going on, but I went into work and the office was locked up. I tried calling my boss to see what was going on, and when he answered his cell he was surprised I was calling him. He said it was Sunday, and to take the day off because I earned it. Prick thinks he’s funny as hell. I don’t know what to think though, because I counted my days, and today should be Monday. I even have my paperwork from the doctor’s office showing I was there on Wednesday. Thursday morning I started my log, Friday I bought the pills and sound machine, Saturday my neighbor woke me up, and Sunday, well yesterday Sunday I actually had a full night’s sleep.

I’ve been running through the dates in my head, and it would be one thing if I misremembered a day since I’ve been running on empty, but with the log? I left a message for my doctor to call me tomorrow.

I took the double dose of sleeping pills tonight but it’s not helping even though I’m exhausted. Every time I turn off the light I hear that noise from before, but this time it seems closer to my room. I peeked outside with my light, but there’s nothing there. I can hear whatever’s out there getting closer, so I pulled my dresser in front of the door. That way it can’t get me.

I can hear it outside, so I turned up my sound machine louder. I can tell it doesn’t like that. I can’t hear it over the machine, but it whispers into my thoughts.

I don’t remember writing the previous entry, and when I woke up this morning the desk was shoved in the middle of my room and the bedroom door was wide open. I called my doctor but reached his voicemail again. It’s still pretty early, but I’m going to try and leave and go wait in the office parking lot for him.

The date on my phone says its Sunday again. The doctor and my office are closed still. I don’t know what’s going on, but I haven’t heard from anyone. I’m going to grab some clothes and go to the hospital. I think I need to check myself in or something.

I was able to get a bed at the hospital and they’ve diagnosed me with exhaustion. The ER doctor that is treating me said that loss of sense of time is common with severe exhaustion and insomnia. They were able to reach my doctor and got me hooked up on some heavy duty sleep drugs so I should be out cold soon. My doctor will be visiting me in the morning, and already has written a letter for my work. He thinks it’s related to job stress, and is recommending I take a leave of absence. I think  I agree completely with him, maybe I’ll get out of town for a bit.

I woke up in my bedroom, and the dresser is in front of the door. My cell phone says its Sunday again, and I don’t know how I got here. I can hear the thing outside my door even though its daylight out I’ve never heard it in the day before. I was going to call my doctor but the phone seems frozen and won’t dial anything. I don’t know what to do, I looked outside my window but no one is outside. I’m going to wait until that thing leaves and try and get out.

I heard the noise go into the bathroom so I made a break for the front door. When I got there, the door itself was gone. It was just wall space there was no way out. I don’t know what’s going on, but I grabbed a kitchen knife and some food before I blockaded my bedroom door again. I’m tired but I haven’t slept in what feels like days. The sun hasn’t gone down but my watch keeps ticking and showing its 2am now. I took more pills again; I need to sleep if I’m going to get out of here. I don’t know what I did to deserve this I’m not a bad person.

This will be my last entry. That thing is outside my door. I can hear it running its fingers on the wood. A few minutes ago it pushed the door hard enough to move the dresser out of the way, but instead of coming into the room it just waited for a minute and then slowly shut the door. It’s playing games with me now, just waiting for me to let my guard down and go to sleep. I’m going to try and climb out the window, its high up but if I can climb down maybe I can get help. It gets closer every time I sleep. If I sleep again in here it’s going to take me.

Incident as follows: Received request to do a courtesy inspection on the residency of Michael Sheridan. Neighbors complained of loud noises at night, and we received notice from Mr. Sheridan’s employer that he had not reported to work in 3 days. Doorman at apartment indicated that Mr. Sheridan had not left the building since last Friday after a trip to local pharmacy.

Contacted landlord M. Remar, who escorted me to Sheridan’s apartment. Rang bell multiple times but did not receive a response. M. Remar allowed entry into apartment using master key. Apartment did not appear out of ordinary, but there was noise coming from the bedroom. I called out for Mr. Sheridan to open up the door, or that I would have to open it to check if he was injured. Attempted to open the door, but was unable to due to furniture blocking the doorway. With assistance of landlord, was able to force door open and move desk blocking entrance. When the door was opened, Mr. Sheridan was seen climbing out and falling from the bedroom window.

Let me know what you think! Cancel reply

This site uses Akismet to reduce spam. Learn how your comment data is processed.

Thoughts, horror, and short stories from Chris Burcham, published freelance author and all around scoundrel.

Words for the Internet

Words for the Internet